If you're interested in scheduling a Discovery Visit please fill out the form below or simply give us a call. We're looking forward to working with you.

Your message has been sent.

Please make sure fields are complete.

Can a 1 Minute Daily Exercise Improve Your Curve By 40%?

Scoliosis and the Side Plank

A few years ago, there was a lot of excitement in the scoliosis community when the news came out: “A single yoga pose each day may improve spine curvature for scoliosis patients”.

In the study, participants were instructed to hold the side plank posture, with their convex side facing down, daily for as long as they could. Participants held this posture for an average of 1.5 minutes a day for 6.1 days/week. Results reported that, over a 6.8-month period, 19 of the 25 participants demonstrated an average curve reduction of 40.9%. Since this is rarely found in the scoliosis research community, there was, understandably, a lot of buzz and excitement. This sounds a lot better than years of bracing and hours of exercise. After 20 years of treating spine pain and scoliosis patients in my physical therapy practice, it sounded too good to be true. I immediately studied the research results in detail as my skeptical brain kicked in.

There were so many flaws that were misleading to the public. Where to begin?

Let me begin by saying that scoliosis itself remains poorly understood by all of us in the medical community and research is being done all the time to uncover information from how it begins, why it shows up in some and not others and how/why it progresses as it does. Research does show that 90% of scoliotic curves appear to initiate in the thoracic spine (mid-back) and most result in a primary curve and a secondary curve (S-curves). It is more predominant in females, most commonly diagnosed age 10-12 for females (11-13 for males), more commonly convex to the right and more progressive when it starts in the thoracic spine.

Problems with this study:

1. It does not clearly state whether patients with S-curves were included (Dr. Fishman has since reported that it did).

3. If the primary curve was being addressed, how was the secondary curve being impacted since it curves the opposite direction? (Dr. Fishman did not comment on this)

4. How were the exercises being addressed with different curves? (There were 7 different variations of the one position)

Unfortunately, as many have found out, doing this exercise incorrectly often leads to increases in pain throughout the neck and back After the original study was published, Pilates instructor, Erin Myers, came out with her own skeptical review. Erin argues that the exercises in the study were done on the wrong side and, references the Schroth Method in addition to the many flaws in the study I have mentioned above. In addition, she highlights that the study is based on a sample of only 19 successful outcomes with different types of scoliosis, varying age groups and different magnitudes of curves. However, as Myers notes at the end – the study does report very significant “findings” – despite the potential issues – doing 1.5 minutes of a potentially incorrect exercise every day.

So….Is a side-plank exercise bad or good? It can be both depending on how you are doing it and if you understand the neutral position your body blocks are in. As with most exercises (and watching people at the gym), there is a very good possibility that you can do something wrong for years without a negative outcome but, when you have scoliosis, your luck is bound to run out eventually. Hormones, childbearing, illnesses, poor posture and aging can all be factors in determining how well your spine remains aligned and the discs remain healthy. When the alignment starts to fail, the discs lose their height and learned, bad behaviors become insurmountable for your body, pain knocks at the door. Unfortunately, this is often when patients come to see me because, as we all can attest to, reaction is much more prevalent than prevention. The good news is that a certified Schroth Physical Therapist can help where others have failed.

The Schroth Method is a 3-dimensional treatment that addresses your spine and your exercises in all planes that your body moves. A Schroth Physical Therapist can help you to continue to be active and pain-free by assessing your spine and adjusting your current exercise routine. The side benefit is that you often get a better curve outcome and posture in addition! This also means that you will be getting the most efficient work out for your time and money and who doesn’t want to be working out efficiently?

Could this still mean 1.5 minutes of side plank a day? Maybe. But wouldn’t it be nice to know that your exercise fits you and your specific body needs? The confidence that you can maintain your active lifestyle without having to use medications, injections or surgery down the road will be worth the extra effort.

If you’d like more information about how to improve your scoliosis exercise program or receive a complimentary consultation, check us out at www.scolioaustin.com or call 512-221-3448. Let’s keep you active and mobile for life! 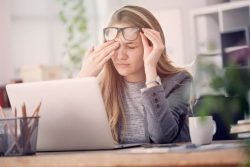 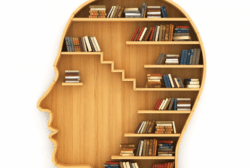 5 Critical Questions to Ask Before You Get Scoliosis Treatment 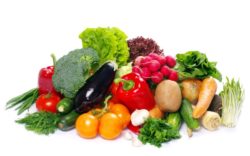 How Does Nutrition Affect Scoliosis? 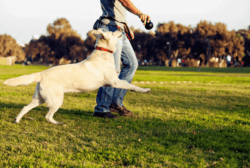 Creatively Working Out With Your Dog